Boughton Park is the setting for Worcester Golf & Country Club and the surrounding landscape provides an area of scenic beauty with wonderful views of the nearby Malvern Hills.

The golf course was designed in 1927 by Dr. Alister Mackenzie, who went on to design The Augusta National course (the home of “The US Masters” tournament) in Georgia USA, and several other prestigious courses worldwide.

The park land course, which is only a few minutes from Worcester City Centre measures 6251 yards and features long narrow greens which provide a good test of accuracy for golfers of all standards. Failure to hit the greens will definitely test the short game abilities. 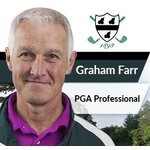 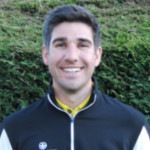 Oliver Farr - PGA Assistant Professional
Oliver is currently playing and competing on the European Tour, whislt not competing he offers a hand in the shop. Oliver also holds qualifications as a PGA level One coach. 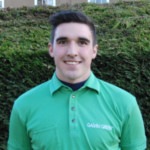 Given the choice, what would you rather be?

Here are the current poll results

The onset of the Coronavirus pandemic has touched us all. Due to the Government's latest announcement, we have closed the pro shop until further notice. We hope to be back soon.
In the meantime, please enjoy browsing our website where you'll find the latest product reviews, fun challenges to try at home and plenty more.
Please stay safe and take great care of yourselves and your loved ones.

Thank you for signing up.

One last step - You will receive an email from us in the next few minutes. Please click the link to confirm you are happy to receive our weekly newsletter.